Textappeal | CAN A CHANGING CROSS-CULTURAL CHILDCARE LANDSCAPE TEACH US ABOUT THE MARKETS OF THE FUTURE?
2254
post-template-default,single,single-post,postid-2254,single-format-standard,ajax_fade,page_not_loaded,,qode-theme-ver-3.1,wpb-js-composer js-comp-ver-4.11.1,vc_responsive 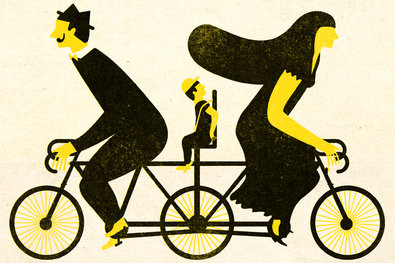 As grindingly hard as parenthood seems, particularly in the throes of the first weeks, it may be easier today than it has ever been. Most of us living in Europe would agree that our mothers wouldn’t recognise the parenting landscape, with its paid leave, subsidised day care and free lunch (perhaps the only stage in life when there is such a thing).

Like dominos, European countries have capitulated to demands for longer, better-paid parental leave – led by Central Europe, known to have the world’s longest parental-leave regulations, and Scandinavia, which extends paid leave most generously to fathers. Employers have fallen in line. And one of the by-products is growing purchasing power among fathers. Marketers have long since begun to take advantage of this, though not always successfully.

Yet progressive, compassionate state-assisted childcare has not translated across the continent as easily as you might expect. A new series by Jessica Grose in the online magazine Slate is shedding light on parenting and childcare, beyond the facts and figures. Her question “Is it really so much easier to be a working parent in Paris than it is in Peoria?” is complicated when you take into account long entrenched attitudes towards women and children in some corners of the continent. Currently in the US, women account for 85 per cent of all consumer purchases and make 80 per cent of healthcare decisions for the family. About 75 per cent of women identify themselves as the primary shopper for their household. Yet international marketers know that things haven’t changed that drastically over in Europe. While transnational childcare arrangements may be similar in many countries, life might seem charmed indeed in places like Paris and especially Oslo, where state-funded childcare is so totally comprehensive that the profession of nanny has virtually ceased to exist. The compassionate, post-millennium message gets lost in translation elsewhere. Perhaps not surprisingly the biggest offender thus far is Greece, where grandmothers almost exclusively provide back-up parenting for mothers struggling to maintain a living wage in the faltering economy.

Grose’s source says men her father’s age “come from a generation that would find changing a diaper unthinkable… Until recently, if a dad picked up his kids from day care, people would assume he is a widower.” And yet a similar mind-set prevails. “I’m afraid Greece is a paradise for sex stereotypes,” says Zoe Tziakou. “Mothers are expected to deal with child rearing and fathers to be the breadwinners. Occasionally women are encouraged to quit their job – even when they get pregnant. Guys asking for any kind of paternity leave will be frowned upon.” You know who’s buying the toilet paper in these households.

While in Germany parents enjoy all manner of state benefits (single mothers get a total 14 months’ paid maternity leave – and that’s not including the six weeks they’re allotted before the birth of the child), next door in Austria mothers withstand an enormous amount of parenting pressure, even starting at birth, which is widely expected to be natural. After that, according to Grose’s source, “It is frowned upon to have a nanny here. In general, grandmas are expected to be the secondary caregiver. Moms should only work part time, and dads can do whatever they like.”

That seems shocking, seeing as even traditional cultures like Japan are making moves to alleviate some of the burden from mothers. A few years ago, writes Felicity Hughes in the Japan Times, the government launched the Ikumen Project, aimed to teach fathers parenting skills and encourage quality father-child time. The word ikumen in Japanese is literally “child-rearing men”, and since the project’s launch, others have popped up to promote high-profile Japanese men taking on traditionally female tasks in the public eye – a marketing opportunity if there ever was one.

American men may not need the tutorial, granted, yet they are clearly pulling up the rear in the child-rearing stakes. As the only wealthy country without statutory parental leave – and one with a poorly regulated childcare system at that – America needs more journalists highlighting life outside The Greatest Nation on Earth.

When cross-cultural international brands target child care product buyers, perhaps it’s time to consider clustering markets according to social system affinity rather than geographic clustering. After all, the US might be closer to Greeceand stronger commonality may be found in France and Scandinavia. How? Contact us for our cross-cultural solutions.