Textappeal | Global Marketing Strategies in the Sharing Economy. The Good, The Bad and The Ugly
8454
post-template-default,single,single-post,postid-8454,single-format-standard,ajax_fade,page_not_loaded,,qode-theme-ver-3.1,wpb-js-composer js-comp-ver-4.11.1,vc_responsive 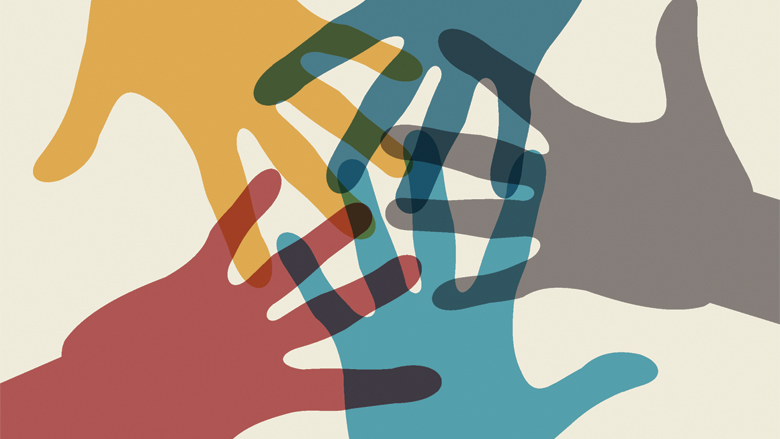 Global Marketing Strategies in the Sharing Economy. The Good, The Bad and The Ugly

In 2011, TIME Magazine claimed that sharing economies were one of 10 ideas that would change the world, and surely, they were correct. Also known as the collaborative economy or collaborative consumption, the sharing economy refers to ‘the coordination of peer-to-peer sharing of goods and services, usually made possible through digital platforms’. According to Eric Newcomer at Bloomberg, the concept of collaborative consumption was coined back in 1978. It was only in 2008 (the same year Apple launched its App Store) that the sharing economy of today truly came into being. Suddenly, things like finding a place to live while on holiday, or finding someone to mow your lawn, became tasks that could be performed in minutes through digital connections. The global nature of the sharing economy has allowed sharing economy companies such as Airbnb, Uber, Couchsurfing and others to establish a marked presence in international markets. The success of these companies can be largely attributed to the global marketing strategies they implement, appealing to local people and cultures.

The global success and recognition of the Airbnb name is something that not too many other companies have. With a market in 190 countries, Airbnb has truly taken over the globe. How did Airbnb dominate the international playing field so quickly? Beyond the great product that the company offers, Airbnb’s success is based on an extremely localised and well-researched marketing strategy.

For the love of language

For starters, the company made it a priority to expand into many languages. One of their many steps towards localisation is creative translation. Airbnb is today available in 26 different languages, all running in real-time with constantly updated content. Furthermore, Airbnb has gone the extra mile by paying attention to the variants in languages, with websites that cater to specific forms of the same language. Depending on your language of preference, Airbnb translates spellings (for example, American English versus British English) and colloquial terms and usages (changing, for example, ‘vacation’ to ‘holiday’) depending on the country specific version of the site. This results in a truly customised, locally appealing experience for the customer.

It’s all in the detail

The translation strategy that Airbnb has followed thus far has also yielded fantastic results. Considering the diversity of people and cultures around the globe, it makes sense that a marketing campaign that works in one country might be completely unsuitable for another audience. Simply put by Dennis Goedegebuure, former head of Global SEO at Airbnb, “The real challenge of global strategy isn’t how big you can get, but how small you can get.” Airbnb got really ‘small’ in many ways including using local social media stars to promote their website which brought in thousands of signups. They also used localized voiceovers for people on country-specific Airbnb sites, so that cultural nuances were retained in creative translation. To cater specifically to East Asian audiences, Airbnb made sure that their referral programme was available for mobile users, since people in East Asia tend to browse more through their mobile devices. Rather than implementing a centralised marketing strategy, Airbnb, in lieu of the nature of its service, is truly a successful global player.

Uber: It’s going to be a bumpy ride 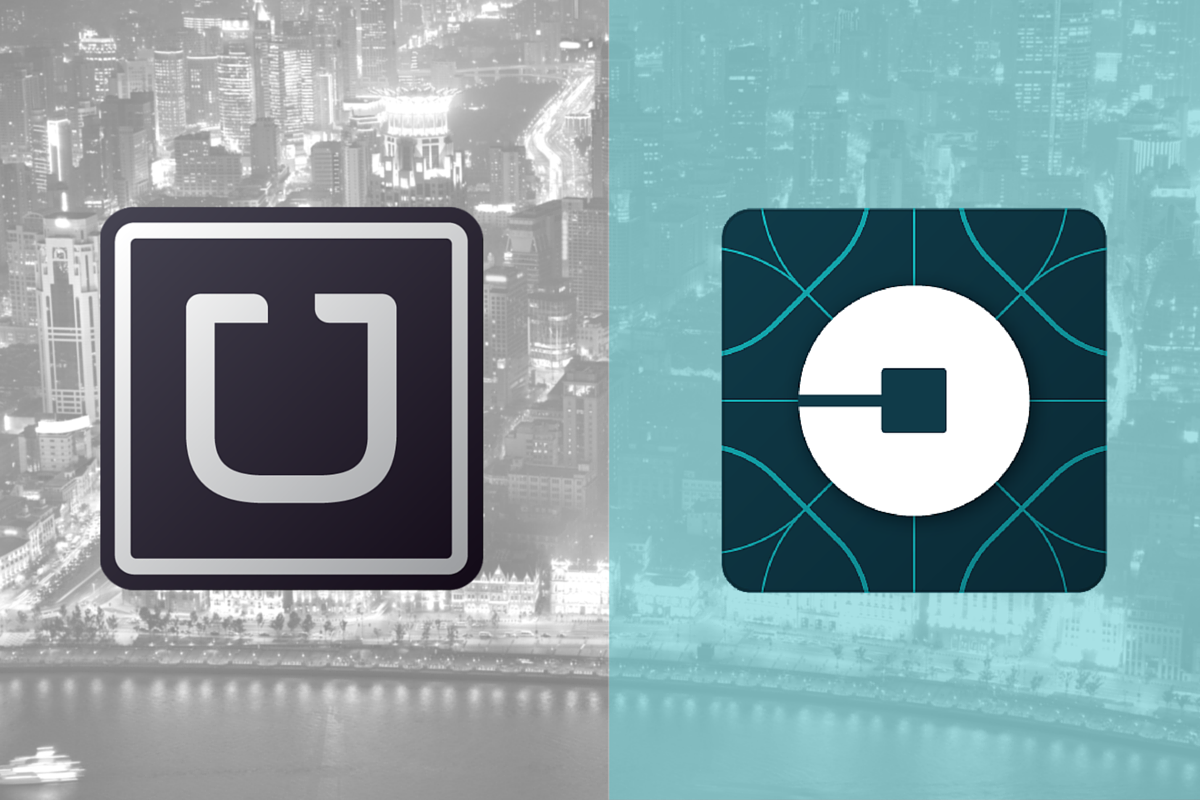 Uber’s expansion, although massive, has come with, and continues to  have, its fair share of hiccups. Unlike an Uber ride, their dip into international markets has been far from smooth. In 2014, Uber was launching at a rate of almost a city aday. Austin Geidt, Uber’s head of global expansion told Businessweek, “If we’re not there now, we’ll be there in a week”. But is this really the way to go?

One size doesn’t fit all

In terms of cross-cultural marketing, the answer is a resounding NO. The figures speak for themselves. Very recently, Uber revealed that they are losing more than $1 billion per year in China. How? Well, very aptly put by Robert Salomon of Entrepreneur, “The young tech company has committed a classic globalisation mistake: it naively assumed that its business model and market approach, which ultimately solidified its market-leading position in the US, could translate just as seamlessly to other countries. It severely underestimated the challenges of operating in countries that embody totally different economic, political, and cultural environments”. For example, Uber failed to recognise that the common culture within the US is markedly different from that in other foreign countries. The US, has a strong penchant for individualism. This cultural nuance differs from the behavioural norm in Asia, where often social community and harmony are emphasised over individual interests. In China for instance, there is a great emphasis on personal relationships, an everlasting sense of family and community and all round kinship. These values permeate into the country’s very being, thus shaping the opinions of the people. With this in mind, Uber’s very aggressive entry tactics into the Chinese market (based on their US approach of ‘enter first, legalities later’), and its difficulty in forming trusting local relationships, would obviously not be appreciated by Chinese consumers who would much rather choose a local and trusted competitor service. This is why, ‘In large foreign markets like China and India, locally grown competitors say they hold a much bigger market share than Uber because they have a deeper understanding of the culture’.

Apart from its problems garnering appeal in Asia, Uber has faced a backlash in European countries too due to its disregard for the civil law system (as opposed to US common law) that is followed in most of continental Europe. In France, Uber is regarded as an ‘American invader’ and has not been assimilated locally. Due to this, future marketing plans involve a major advertorial campaign in France, starting with a massive takeover of billboards around French transit hubs, showing local French people riding in Ubers, with taglines that play on Uber’s name. Hopefully this time around, their message won’t get lost in creative translation.

As part of their new campaign, Uber has decided to broaden its target audience, showing the app as one that safely allows women to travel home late at night, or one that enables older couple to attend weddings. It will also highlight the economic benefits of Uber, showing that Uber is helping increase employment, especially in rural areas. Thibaud Simphal, general manager of Uber France, who admitted that it was foolish to think that the same strategies used in the US would translate seamlessly into France also stated that, “It has been a mistake not to talk about the benefits of the product”.  In a country where people are concerned with unemployment rates, including positive data about the same to promote a brand is a good marketing strategy – one that is more likely to appeal to locals. Uber seems to have considered local social issues, using these as leverage to promote positive brand image.

On a more visual level, Uber is set to launch 65 new color palettes and patterns for its app, creatively translated and based on a country’s local colour preference. These new colour schemes take into consideration the various meanings of colours in different countries and are meant to represent ‘authentic expressions of  real world diversity’.

Small is the new big

Considering both Airbnb and Uber, it’s easy to see who takes the cake in terms of global marketing strategy. Increased digital connectivity and high demand for cheaper peer-to-peer services such as housing, taxi rides, chore completion and more has contributed to, and will continue to contribute to, the immediate acceptance of companies such as  Airbnb, Uber, TaskRabbit, DogVacay, etc. However, for these companies to expand internationally in an effective manner, their global marketing strategies must be carefully formulated. Due to the nature of sharing economies, it’s very easy for these companies to get ahead of themselves. The key here is to not direct efforts solely on rapid and general expansion, but rather, in Goedegebuure’s words, focus on “getting small”.