The Best Platforms in Different Regions of Asia

In less than a couple of decades, social media has become a global phenomenon. Membership growth dramatically increases year over year, and our most trusted platforms have become lifestyle mainstays. Today, nearly one third of the planet is active on social, yet many brands still struggle with cross-marketing, hitting target audiences, and other social media challenges. Due to the undeniable popularity, the importance of social media cannot be overstated.

The tricky part is this: Social media usage is quite different across all major global markets. For instance, while Facebook is the largest social network in America, it is nowhere near as powerful in other parts of the world.

As the undisputed leaders of technological advances, Asia is a digital destination that is impossible to ignore. If your brand is looking to make an impact in this crucial corner of the world, take heed of the social platforms that are currently at the top.

In this Asian economic powerhouse, popular western social sites like Facebook, YouTube, and Twitter are somewhat inaccessible. Instead, companies like Tencent and Baidu have developed the region’s leading platforms. In China, messaging app QQ is the dominating force with 860 million users, and the blogging platform QZone is next up with 653 million users. Both of these sites, as well as the third most popular social site in China, are all owned by Tencent.

Yet despite this fact, the most active social mobile app in China throughout 2015 was Weibo and their 222 million users; 100 million of which are daily users.

The landscape is different here as major western networks Facebook and Twitter are widely used, but are far from the top rankings despite social media localisation. Google+ is in fact more popular than either of the aforementioned sites. Facebook actually functions as more of professional site like LinkedIn for its near 17 million Japanese users as only 34% of the country’s internet users are under 35. The reigning champ for social media in this region of the globe is a site called Line, boasting more than 50 million users. Line is a messaging app, not a traditional social network, but the site motivates users to follow brands and act upon their interests, which makes this an alluring option for retailers. 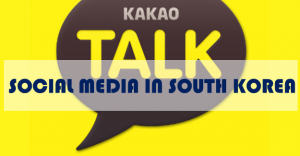 While places like the UK and India share the same fascination with multilingual social media sites Facebook, Twitter, LinkedIn, and Google+, South Korea is another place with destinations that are basically unheard of in the western world. These folks are the world leaders in internet connectivity, and a site called Kakao Talk reigns supreme with more than 48 million monthly active users. This app provides tools like access to free calls, multimedia messaging, and in-app shopping.

In Singapore, western networks are the dominating force, most specifically WhatsApp, which reaches 46% of the country’s citizens. In fact, the region’s next four most popular networks (Facebook, Facebook Messenger, Instagram, and Google+) all hail from the west as well.