Our last blog post for this year is an excellent example of how a social media account should be run nowadays. END_OF_DOCUMENT_TOKEN_TO_BE_REPLACED

How do you connect every opportunity to amplify your great product specs? END_OF_DOCUMENT_TOKEN_TO_BE_REPLACED

McDonalds Uruguay, among other brands, took advantage of the famous bite of Luis Suarez in the World Cup 2014 by tweeting in real time ‘Hello @luis16suarez, if you are still hungry, come and have a bite of a BigMac 🙂 ‘. It got 76,744 retweets. 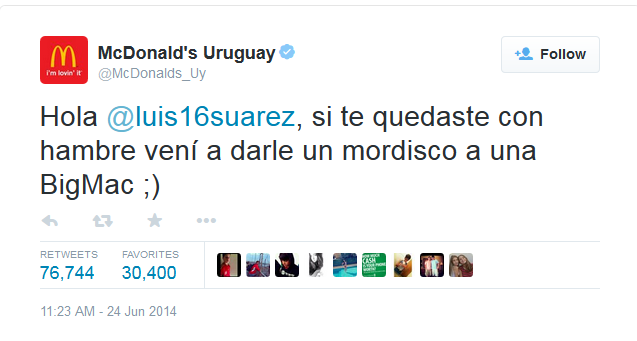 Big thank you to Florencia Lujani from Argentina for sharing the case! 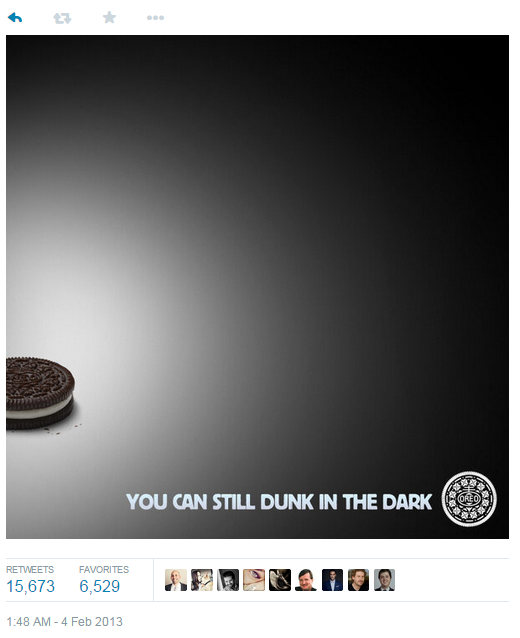