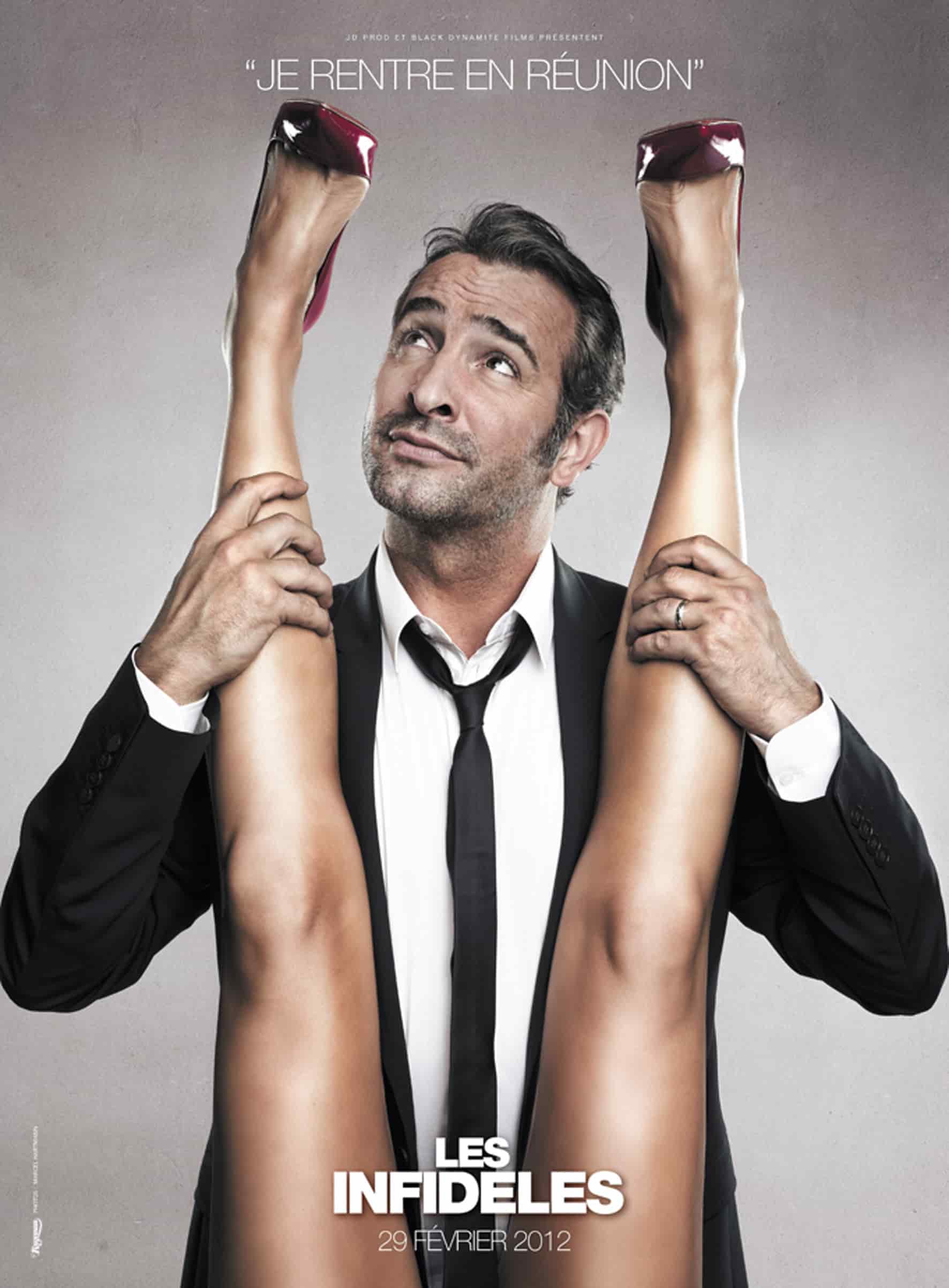 The removal of posters publicizing Jean Dujardin’s latest film may have been pivotal to his Oscar success.

Jean Dujardin is the toast of Hollywood since winning the Best Male Actor Oscar for The Artist last week. His latest film, Les Infidèles, is a series of sketches on male infidelity directed by Dujardin among others. It has come to light since the Oscars that a controversial scene was cut from the film. The scene in question featured Dujardin’s character in a New York hotel room entertaining his mistress; as he reassures his wife on the telephone that everything is fine, a plane can be seen crashing into the World Trade Center through the window behind him. The potential to offend Americans and consequently jeopardize Dujardin’s chances of winning the Oscar may have led to the scene being withdrawn from the film.

The posters for the film also caused controversy as they showed a suited Dujardin from the waist up, holding onto a bare woman’s legs with the tagline, “I’m just heading into a meeting”. This poster, one of four that appeared on Parisian billboards, was removed last month after calls of sexism. The distributor issued an apology.

The removal of the scene from the film and the posters’ disappearance prove that if an actor is to win the coveted Oscar, he has to have an unblemished reputation.

The posters could have been removed due to an awareness of American sensibilities and especially those of Academy voters. The French newspaper Le Parisien hinted that the poster could be detrimental to Dujardin’s Oscar hopes as America “doesn’t joke about this kind of saucy picture”. Although the posters were made for French audiences, coverage of the posters went global, showing vigilance on the part of the film industry is necessary if the publicity in one country is not to have a negative effect on its success elsewhere.

In order to secure an Oscar for France’s hottest leading man the makers of Les Infidèles withdrew the posters and the World Trade Center scene. This action illustrates the need for the film makers to submit to US rules of political correctness to ensure the success of the film in foreign markets.