Textappeal | How Local Language Social Listening Pays Off for Global Marketers: The Mysterious Case of the Refractory Market
7546
post-template-default,single,single-post,postid-7546,single-format-standard,ajax_fade,page_not_loaded,,qode-theme-ver-3.1,wpb-js-composer js-comp-ver-4.11.1,vc_responsive

How Local Language Social Listening Pays Off for Global Marketers: The Mysterious Case of the Refractory Market 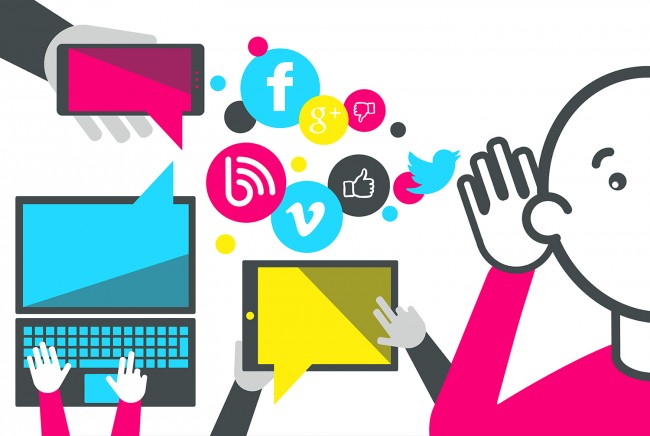 How Local Language Social Listening Pays Off for Global Marketers: The Mysterious Case of the Refractory Market

One day, a successful Client Services Director from a well-known international ad agency came to us and said that he was stumped.

The global campaign that his agency had designed for their biggest client was a huge success, except for one important market in Asia. Nobody understood why. The product was brilliant, the advertising captivating. There were no obvious cultural issues: in-depth local focus groups had demonstrated the story, and its benefits were clear and memorable. As the client brief had specified, an “integrated omnichannel roll-out” had reached “every possible customer touch-point in a consistent, engaging, relevant and holistic way”.

Alas, whatever the brand said about itself and wherever it may have touched, customers in that particular market were for some mysterious reason still ignoring it. What could possibly be wrong? More importantly, what could he do about it? His client would call soon, and he needed answers.

We explained to him that we have a tradition at Textappeal. For one day, early in the month of January, the youngest member of our team is dressed in an orange robe and sent to a Buddhist monastery. The brief is simple: say nothing all day, and be attentive to everything that happens. The next morning over a frugal breakfast, we ask what they learned, in the hope of gaining deep insights for the future success of our business.

“So what insights have you gained?”  the agency exec asked, curious.

“Well,” answered our Lead Director of Languages, “we reviewed the last 12 years, and three insights stand out.” She proudly listed them:

“Silence is a good way to recover from a New Year hangover, second only to Alka-Seltzer.”

“The monks who eat rice one grain at a time are slimmer than the ones who don’t.”
“Life is suffering, especially when seated on a cold floor without central heating.”

The adman glared at us. “That’s the most ridiculous thing I’ve ever heard! How can that possibly be relevant to your business ­­– or mine?”
“Look,” he added, trying to be helpful, “I’m Irish, and we like to talk a lot. In fact, I was so talkative that my Mum would say to me: ‘Liam, you have two ears and one mouth, use them in proportion…’”
“But unfortunately I don’t know any Asian languages.”
Seizing the opportunity to emote but entirely missing the point, our American CEO interjected “Hey, I have Irish blood too!”
Suddenly our Greek multilingual Newsroom listening expert, who nobody had noticed until then, exclaimed “Eureka!”, took his clothes off and started running around the room naked. A bright but relatively discreet young man, he had decided that this was his way to get our attention. He announced: “The solution is simple, buddy. In that market, you need to talk about the sensations that your product creates, not its benefits.” (Actually the project took a week, and he was not naked, but let’s keep the story moving!)

We all stared at him, trying hard to stay focused on his face. The adman said: “First of all, I don’t see how you could possibly know that, given that everyone here seems clueless. Secondly, please get dressed.” And with that, he left.
Two weeks later, we received a call. “I don’t know how you did it, but you people are geniuses! Especially that naked dude.”
“What happened?” we asked.
“Well, we didn’t know what to do so I followed your advice and had the copy rewritten. We replaced the product benefits with customer sensations. Guess what? Sales went through the roof. My client is over the moon!”

“I told her about you and she wants you guys to adapt the next campaign in 70 different languages. Send me a quote, OK? And give me your very best price!”
Later, the team huddled around our Greek oracle in celebration. Dressed in an orange silk robe, he handed out cups of green tea spiked with 50 percent proof ouzo, and explained:
“While you people were chattering, I had the brand’s keyword universe translated by our local writer. I put the results into our listening technology, turned a few dials, and about 30 local language blog posts and Twitter feeds tumbled in.”

“Then I asked our two local brand experts to give me a lowdown. They ran a word frequency check, sampled various bits and reported what was happening. People out there talk a lot about the sensations that this kind of product provokes, but you don’t hear anyone chatting about ‘benefits’.”
“They also explained to me that the market has predominantly a Buddhist cultural sensitivity, and people there learn how to be attentive to their inner sensations from an early age. You know, they practice a kind of mindful meditation.”
By that time we were all a little dizzy. “You know what guys,” said our Languages Director, slightly tipsy, “if you don’t listen, you speak nonsense. But if you can make sense of what people are actually saying in different markets and cultures, you can speak to them a lot more effectively.”
A Senior Project Manager added: “That’s how we’re different at Textappeal: we try to understand the local differences in how people think, talk and behave before we adapt a message.” Our CEO concluded: “Listen with two ears, speak with one mouth, in that proportion – brilliant! Perfect for my New Year’s resolution too, don’t you think?”
With that he rushed off to catch up with a client that wanted to know why their global corporate Twitter feed had less followers and shares than the competition.
The Greek yelled after him: “Don’t use the Irish line, boss. The client is Japanese and is allergic to your American-style emoting!”
“What should I do?” shot back the CEO as the elevator door closed.

“Maybe listen a little more than you talk, Chief,” came the answer.
Textappeal’s provides insightful listening for leading brands in over 120 languages. Contact us to find out how we can help you.